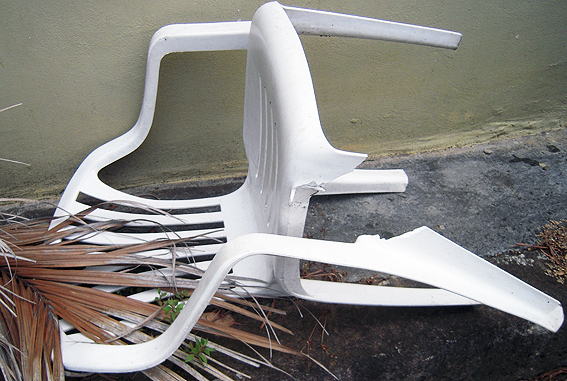 The plastic stacking chair is so ubiquitous as to have become almost invisible. Nobody notices a dirty, broken down old plastic chair these days – old here being a relative term as even the most ancient among them are unlikely to have seen more than a few summers. The single-piece injection moulded chair is a contemporary phenomenon, less than half a century old, and yet it has become one of the most successful design items of all time. Everywhere you go, from upmarket patios to downtown alleyways, you will always find a plastic stacker.

The first plastic chair of this type is generally acknowledged to be the Panton Chair, designed by Danish designer Verner Panton, which first went into mass production in 1968. The earliest versions were manufactured using polyester strengthened with fibre-glass, as was the Bofinger Chair designed by Helmut Bätzner which appeared in the mid-60s and is also regarded as the archetype of the modern stacking chair. Eventually injection moulded polypropylene became the production method of choice, enabling vast numbers to be manufactured quickly and cheaply.

Today there are more stacking chairs than anybody can count, so many in fact that if they were all stacked on top of each other they would certainly reach very high into the sky indeed. To the moon? Oh, undoubtedly. Maybe even Mars.

Did Panton or Bätzner have any idea what they was unleashing on the world when they realised their dreams of a single-piece mass-produced chair made out of plastic? Or were they like those virologists who discover a cure for cancer only for it to turn into a mutant virus? Certainly the many current versions of the humble plastic stacker are nowhere near as suave as their designs, but then that is often the case in the shift from prototype to mass-produced copy.

So what to say about something so omnipresent, an item as popular as it is reviled, both elegantly simple and yet uniformly ugly? Firstly the fact that it is a single piece construction. Most laneway deaths are assembled items of more or less complexity; they are made out of lots of different bits and pieces. Or maybe just a few. Be that as it may, if one part goes wrong or breaks then the whole assemblage can be rendered useless. That’s how clever we are at making things these days.

It’s not a problem that Stone Age man had to wrestle with, chipping away at his flints to create hand axes – simple, solid, singular. Today though, it’s unusual to see a practical, mass-produced item which is ‘entire of itself’, so to speak; that is, it has one part only and that part is it.

Of course, there are simple one-piece designs, like a bowl or a spoon, but the plastic stacker is different in that it must fulfil several functions. It must be strong enough to support the human body, no mean feat given the size and variety of modern sitters. It must be lightweight, all the better for moving en masse or throwing. It must be durable, more or less… OK, so they have been known to break, often at the most inopportune moment, sending Granny sprawling across the patio, but generally they won’t rot or rust in the rain.

And, of course, it must stack which, again, seems so commonplace but is actually quite a recent development in our relationship with furniture. Humans existed for millennia without feeling the need to put one chair on top of another but now, as the planet fills up and space becomes more precious, everybody is doing it. It’s a skill learnt in primary school and carried through to old age. Even in adulthood, there are people who seem incapable of encountering a row of empty plastic chairs without surrendering to the urge to pile them high.

But perhaps the most remarkable aspect of the modern stacker is its diversity. They may look as interchangeable as boy bands but in fact there are many subtle differences between them in colour, shape and pattern. It’s rare to find two exactly the same; they are as varied as coral on a reef, as unique as the stripes on a zebra, as individual as you and I. How is this so? How it is that an item which, in so many ways, personifies the spread of cheap homogenous mass production also incorporates a bewildering variety of forms – and why? My guess is that it is something to do with the manufacture of injection mould dies but, honestly, I don’t really need to know.

Instead, let’s just bask in the glorious multiplicity that is the plastic stacker and contemplate the realisation that something so simple can be so complex. Ain’t that the truth? 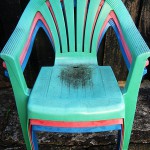 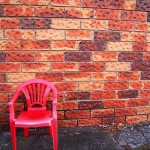 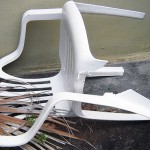 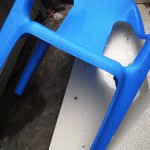 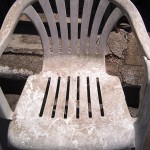 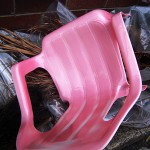 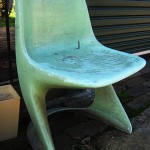 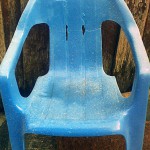 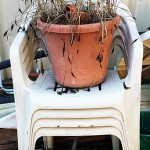 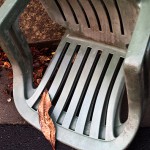 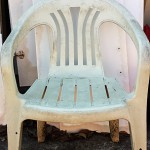 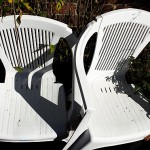 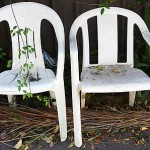 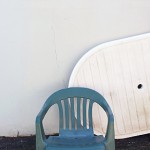 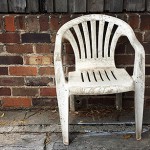 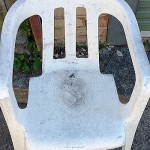 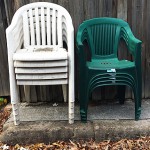 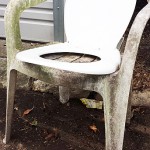 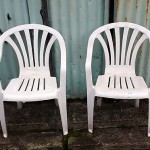 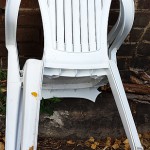 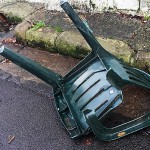 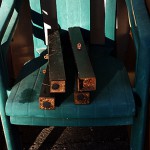 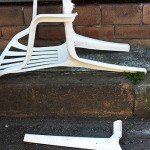 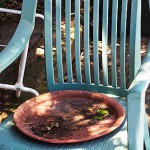 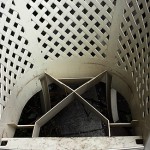 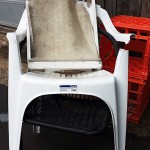 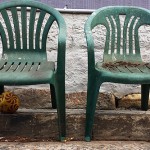