How did this great pile of rubbish come into being and what does it all mean? If you feel a need to know the answers to these questions, read on…

I was walking up to school one morning with my son when we came across a typical piece of laneway detritus – let’s say it was a broken television as they are exceedingly common. Adopting a movie trailer voice, he announced, “When televisions die… duh, duh, daaah.”

Further on, we came across another discard on the nature strip – a broken chair perhaps – which prompted, “When chairs die… duh, duh, daaah…”

This continued all the way to school as we took turns to spot an item and name it, “When such-and-such dies… duh, duh, daaah…” By the time we got to school, the game had begun to pall slightly (even for my son who, like many small children, was not averse to repeating the same phrase over and over and over and over… until eventually an exasperated parent cries, “That’s enough…”). There was so much stuff by the side of the road and in the laneways – and it wasn’t a council pick-up day or anything. This was just a normal, everyday dump.

Even so, it wasn’t the amount that struck me so much as the fact that I had never really noticed it before. Sometimes it takes a child’s eyes to see what’s really there. Most of the time, roadside rubbish is just a part of the background, an integral element of the urban landscape. Occasionally I might stop to inspect a more unusual item for the taking – a pile of books or CDs for instance – but typically it barely registers at all. It’s just there. I’d probably notice more if it wasn’t there.

Once you start to look, it’s amazing what you can see. Inevitably then, because that’s what I do, the encounters became an impulse to write which, as I am well aware, is also an attempt to incorporate it, to tidy it away with words. Recycle it. I’m not a Tidy Town fanatic. I’m not making any judgements on what, how or why things get dumped. I’m simply looking more closely at what is there and thinking aloud. 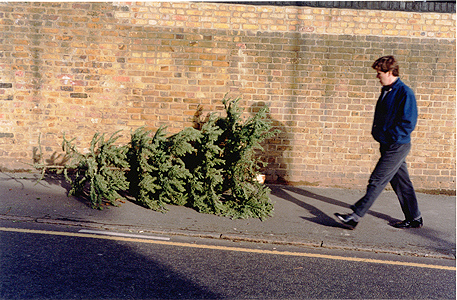 So what are the main conclusions that can be drawn from my observations of dead things? What is it all about?

It is random. What sort of person roams the back alleys and side streets seeking out the detritus of modern consumer culture, not in order to make use of it but merely to catalogue it? Where does this pattern of activity figure in the taxonomy of contemporary behavioural disorders? What does it reveal about the obsessive need to recuperate and reintegrate? Anything to say about it, Freud?

Certainly there is nothing premeditated about these encounters. They are all accidental. Not once have I sallied forth with the intention of finding something to feature in this blog. I ride my bike to the shops, walk to the bus stop, occasionally go to the park, and these are the things I find along the way. I never go out of my way to find stuff, never plan a systematic sweep of the neighbourhood in order to maximise my chances of a new find. Quite often, when I’m out, I forget what I’m supposed to be doing or simply can’t be bothered. Life is short, after all.

The point is that the rubbish catalogued here is simply what anybody living their daily round in the neighbourhood, going out, traipsing backwards and forwards, would encounter on their peregrinations. There’s nothing special about it; it’s simply what is there.

It is true though that I do choose to photograph this stuff, and that may seem a little weird to some people. I feel it too.

It is not comprehensive. It seems like a lot doesn’t it? All those old tellies and mops and fans and broken down chairs. What a heap of stuff gets chucked away each year. Each week. But, you know, this is just a fraction of it, the merest smidgen of what goes around. For every broken fan that finds its way into the gallery, there are 10 that are ignored, overlooked, forever forgotten. Mattresses are ten-a-penny, too many to fully document. Sofas come and go faster than I can count.

This is just a taste of all the death on our streets, a random sample of a larger phenomenon.

Likewise, there is no rhyme nor reason as to why some stuff gets blogged and the rest is ignored; it is just a matter of luck, fickle chance, the confluence of time and place. A lot more rubbish gets overlooked simply because I am in a hurry/too lazy/bored/preoccupied to actually stop and record it.

Then there’s the stuff I really don’t care about. I have my own prejudices and peccadillos too. For a long time, ironing boards were nothing to me. I couldn’t see them. Didn’t want to know. Despite the fact that they are regular discards, I couldn’t see the point. And then gradually, an ironing board or two made its way in, called out for attention, and so ironing boards became a thing. But not before I had turned my back on dozens of them.

The amount of rubbish missing from this blog far exceeds anything I could assemble; the mountains I have missed. Makes you think somehow.

Nothing is moved. Every item that appears here is exactly as it was left. Nothing has been rearranged for effect or a better composition. In that sense, the dumping is as much about place as it is the item. It’s fair to say that I am often drawn to the background more than the actual object.

For a long time, it intrigued me as to how carefully people positioned the things they didn’t want. OK, so there are some items which have been thoroughly trashed, destroyed with an almost demonical rage the aftermath of which is fascinating to behold, but on the whole many unwanted items are cast off with a restrained reverence. People seem to want to make their rubbish to look neat.

Partly I figured this might be an attempt to make it as appealing as possible to any passer-by in the hope that no matter how broken down the piece of crock may be, somebody will come along and find it desirable. That does happen. But also I think it points to the conflicting emotions associated with the activity; guilt because, after all, dumping is illegal! – as well as pleasure at finally getting rid of some waste not wanted. There is relief as well as anxiety, and these twin dynamics determine how one goes about disposing of excess items.

Nothing remains. Everything here has disappeared by now. Such is the nature of the back alley death. Some items will remain in situ for days, possibly a week or so, but eventually it all goes, taken up by the council on its collection runs, maybe acquired by scavengers and recyclers (metal always has a market). Perhaps it’s the fairies.

The true meaning of rubbish lies in its transience. It must never be allowed to accumulate. Circulation is essential, the perpetual cycle of appearance and disappearance. Whatever goes is immediately replaced by something else. And wherever the final resting place of these items may be (assuming there is an ultimate finality), it must always remain out of sight, beyond the horizon of our understanding. Out of mind.

In that sense, the laneway death is just a passage, a resting stage on a journey between two fixed points. A bit like life really. 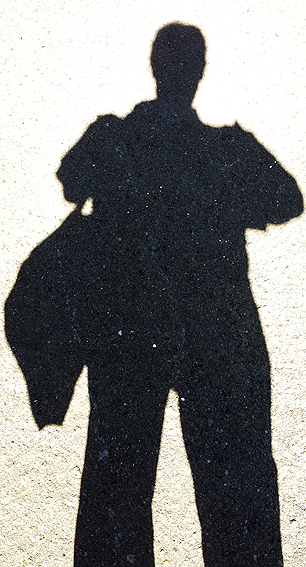