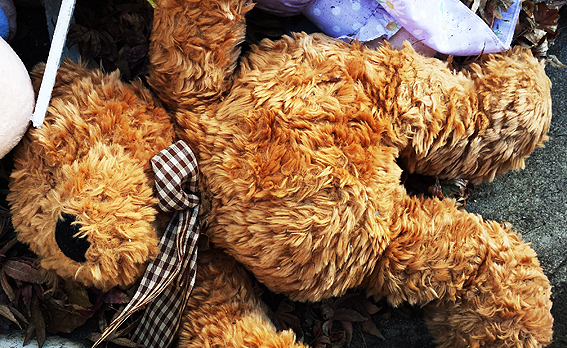 It’s time to do the right thing by these teddies and bring them together. Find a common ground for them; a teddy dump. A bear post.

When I first encountered dead teddies three years ago, it was something of a shock. How could anybody do such a thing?

Then it happened again and it was as if the world was spinning off its axis. Teddy dumping had become a thing.

But now it seems I was premature in my pessimism. There have been other dead teddies, such as this one here and this thing which, on reflection, could be anything, but the feared tsunami of dead teddies has not eventuated. It’s not as if we’ve been kept busy sweeping up dead teddies in the street.

Small in number they may be but it is appropriate, nevertheless, to put them together. Teddies are, after all, intrinsically collectable. They are keepers. People create entire museums out of them. They have an identity strong enough to spawn diversity while remaining faithful to the archetype; they have their own history and fashions, brands and sub-groups, heroes and villains.

Every teddy carries, as part of its DNA, the first founding bear that was spared by Theodore Roosevelt and then killed. The originating myth has a double function. Firstly, it works to establish the teddy as a symbol of man’s regard for nature, his compassion and love of small furry creatures. At the same time though, it also serves to obscure the reality which is the exact opposite; namely, the callousness of the hunt and the brutal treatment of bears throughout history.

Go to any place where bears are kept in captivity – or any animal for that matter – and the gift store will be filled with soft, stuffed versions of the real creature, something for us to pretend to protect in lieu of being able to do the same with the real thing.

The teddy – a decidedly 20th century phenomenon – speaks of modern society’s ambivalence towards nature, the oscillation between wanting to destroy and preserve, to kill and yet keep. There are not enough teddies in the world to fill that gaping void, to assuage the guilt of killing the bear that Teddy supposedly spared.

Teddies are profound markers of loss: Lotso himself is a bear who has been left behind, with dire psychological results; Paddington is an orphan, not abandoned but sent out into the world like a refugee with just a suitcase and a note.

A typical response on seeing an unaccompanied teddy – not a new teddy yet to be taken up but an old teddy, perhaps second-hand or a collectable – is to remark: ‘Somebody loved him once’. All teddies are – or are destined to become – the forgotten teddy, a repository for our nostalgia, our longing.

And so it is with these abandoned teddies. They are symbolic of what has been lost, a broken bond, a connection which can never be restored no matter how much we may desire it. 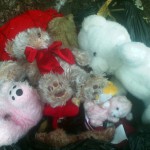 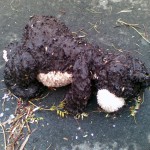 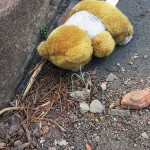 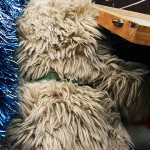 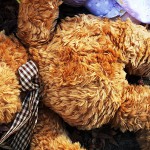