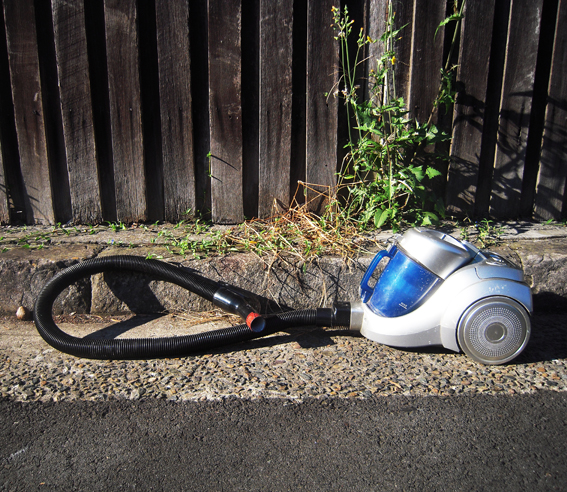 If ever we require further evidence as to the deleterious effects of taking too many stimulants, we need look no further than the vacuum cleaner. Just what the hell is going on?

Once upon a time, vacuum cleaners looked like this:

They were stiff, upright fellows, made out of good solid steel and usually came in sensible colours, like beige or puce. There was an elegant long handle and a motorised head the size of a shovel (in fact, now that I think about it, the shovel was probably the design prototype for the whole thing). A cloth bag on the side used to inflate like a bagpipe when you pressed the foot button (which was annoyingly small) and it was typically rather noisy, which was handy for rousing slumbering teenagers on a Saturday morning. The vibrations in the handle would leave your fingers tingling long after the Hoover, as they were all called, had finished wheezing around the house.

Today we have this: 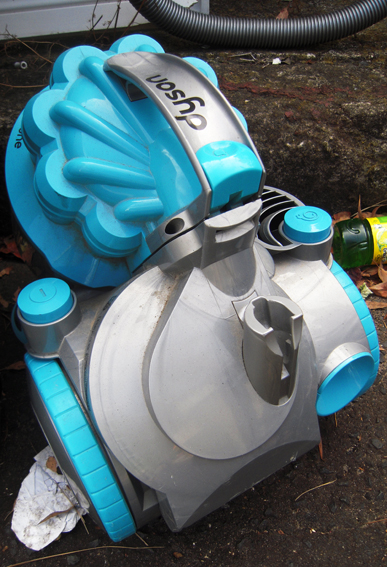 Somewhere along the line, it was decided that vacuum cleaners needed to look like left-over props from a Star Wars parody. You could stick a modern vacuum cleaner on somebody’s head and create a whole new race of Doctor Who aliens. Perhaps that’s where vacuum cleaner designers, such as they are, draw their inspiration.

Contemporary vacs still do pretty much the same thing – suck – but now the steel has largely gone – and the bag, of course, ‘bagless’ having acquired an aura of self-evident superiority – and instead of being tall and stately, they are squat and chunky.

I think there is potential here for a new television program, Pimp my vacuum, because clearly many people are drawn to a style of domestic appliance which exhibits head-popping vulgarity. Otherwise they wouldn’t be made, right? Or maybe it’s an infantile regression thing whereby we’re supposed to feel more comfortable pulling around a machine that resembles a Bob the Builder toy. That’s not housework, it’s child’s play.

Vacuum cleaners used to be strictly adults-only; you played with your mother’s Hoover, if you dared, in order to look like a grown-up. Now it’s the adults who want to be like children because, after all, being a grown-up really, really sucks. 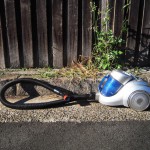 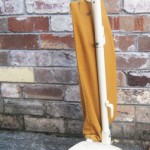 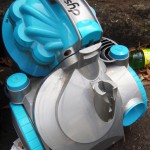 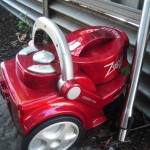 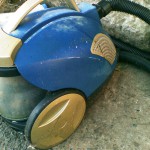 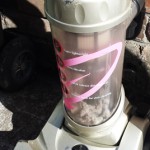 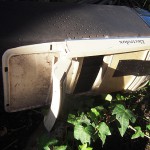 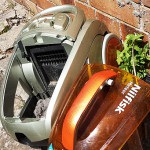 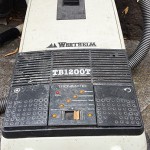 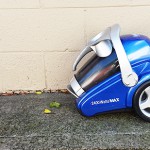 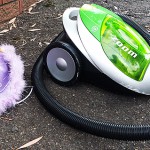 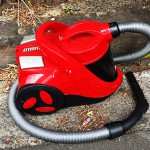 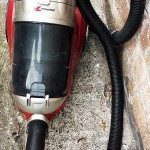 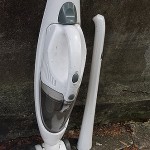 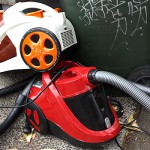 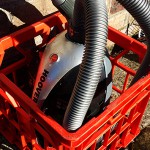 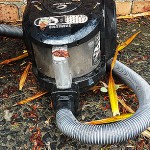 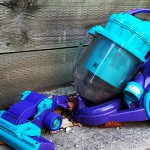 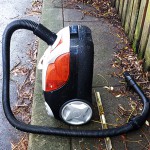 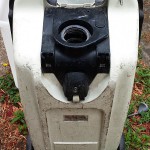 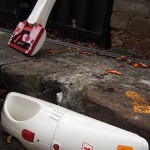 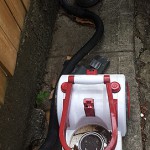