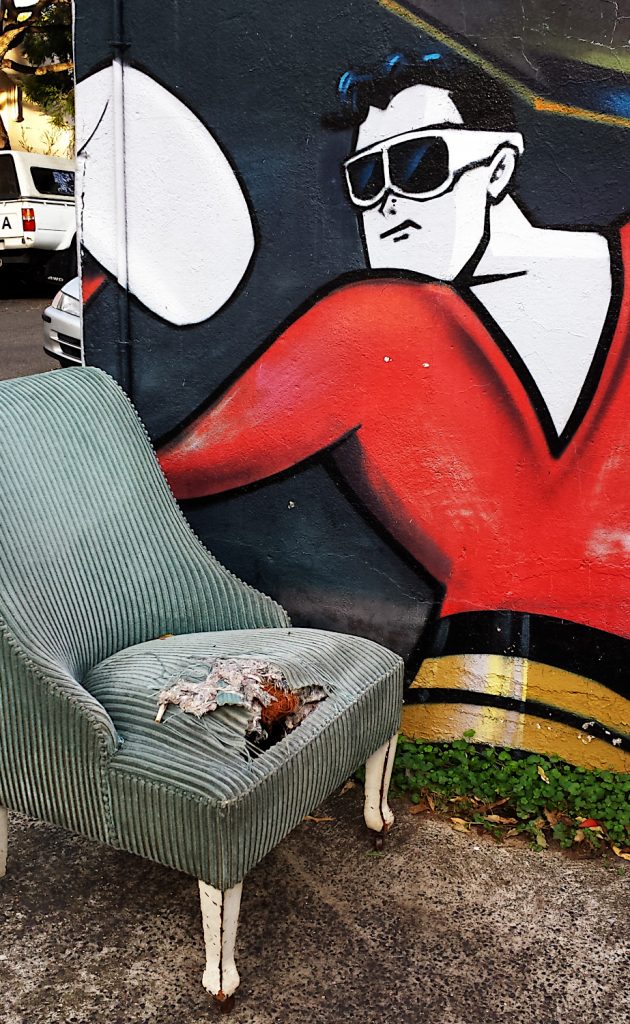 Or rather, I should say, it made me think. Because, I don’t know about you, I naturally assumed this wee chair with its innards exposed was an armchair but, of course, it has no arms. Can an armless armchair really be called an armchair? It doesn’t seem right somehow; like a waterfall without water, does it even exist?

So then I did a little research (a.k.a. googling) and discovered that this type of armless armchair is actually called a slipper chair. It comes from the French slipère chair which is a version of the bergère upholstered chair which was developed in France in the 18th century. Apparently this particular design of chair was popular with fashionable ladies of the court because it allowed them to sit without the arms of the chair crushing their voluminous dresses.

Later on the slipper chair retained its popularity in ladies’ dressing rooms as a casual chair that could also be used for holding discarded clothes. Indeed, there is a popular myth that the name ‘slipper’ derives from the habit of women throwing their undergarments or slips over such a chair while getting undressed.

However, there is no real evidence that this is how the name came about.