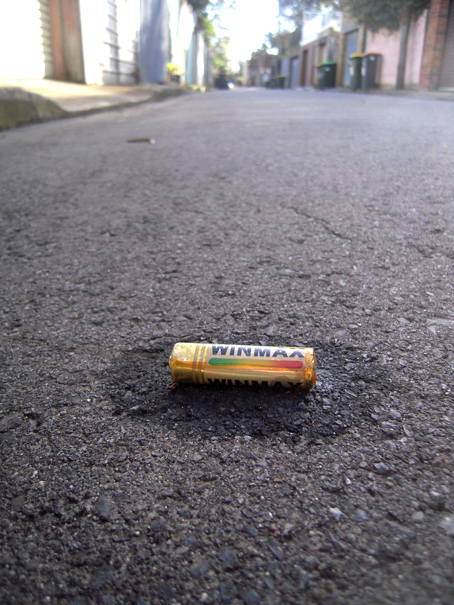 Everybody has experienced a ‘dead’ battery from time to time, but this is a dead ‘dead’ battery – squashed, mangled and corroded. Not a pretty sight at all.

Once upon a time, the humble AA battery epitomised convenience and freedom. The battery liberated light, sound, communication, time itself, making them all portable and instantly available at the flick of the switch or the turn of a dial. Now the AAs and their ilk are regarded as something akin to mini-nuclear reactors, using up precious raw materials and poisoning the soil just so Johnny can drive his remote-controlled car and Jane can play her toy piano. The single-use AA battery is a reviled beast, shunned for the very same disposable qualities that once made it so appealing – just use and chuck – even though annual global production still tops 10 billion units per year.

I can’t remember the last time I bought a single-use alkaline battery. Mostly it’s now rechargeable NiMH in our household, mainly for economic rather than environmental reasons as we drain them like water through a paper bag. Rechargeable means never having to run out.

I was surprised to see this chap lying in the laneway, probably jettisoned during garbage collection on its way to landfill as I can’t imagine anybody just dumping it (although who knows…). While battery recycling has yet to become widespread, there are various schemes available – both single use and rechargeable – and certainly rechargeable batteries should never be chucked away in the household waste.

After I picked up this dead battery to move it, my fingers tasted funny. 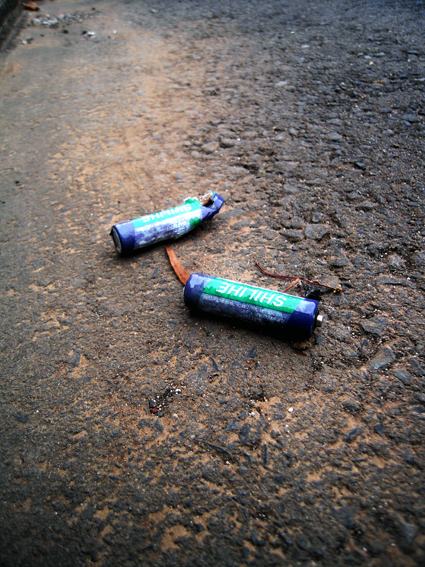