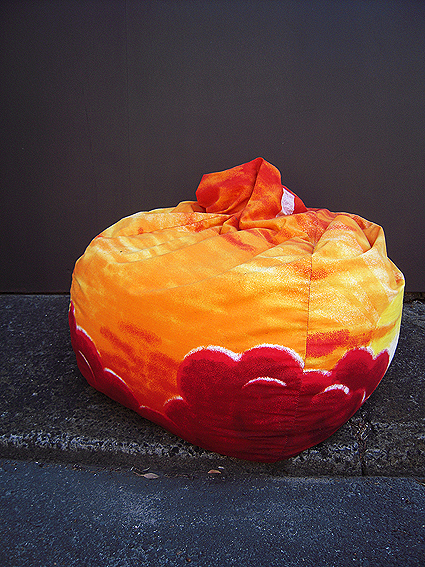 Beans bags have the same organic quality as futons but are rather more sac-like in appearance. They tend to slump and sag as if on the verge of letting it all go. Even the ones stuffed tight enough to stand upright cannot escape that sense of impending collapse.

They look as if they would be happiest in the world if they could just slip off somewhere, dropping like honey off the lip of a spoon, gently surrendering to the implacable, unrelenting force of gravity.

I can’t say I know much about how gravity operates (isn’t it just the stuff that pushes you down?) but I sense it plays an important role in the development and significance of the bean bag.

The history of bean bags highlights how their design in the 60s coincided with the more casual, non-conformist vibe of the period. Bean bags provided a cheap, portable form of furniture which suited the youthful counter-culture of the time. “Sitting around in bean bags” came to be used as short-hand for doing nothing as well as for being creative, or perhaps both at the same time.

There’s another element too. The key differentiator of the bean bag as a piece of furniture is that it conforms completely to the shape and position of the human body. This, it is claimed, is what makes them so comfortable. It’s not hard to see how this promise also matches the zeitgeist of the sixties, the desire to ‘mould’ society into new forms and shapes in our own image.

This was also the era when humans first began exploring the sensation of weightlessness in space, or the effects of perfect buoyancy in devices such as flotation tanks. The body’s relationship with its environment shifted, no longer determined by the support and resistance of hard objects but allowed to float free.

Beans bags don’t offer the same level of freedom but they do suggest the human body can control how and where it is supported; the material world bends to our presence, uniquely and individually.

Left to their own devices, bean bags must contend with larger forces; no longer pressed into service by the things they support, they must find their own level in the world, following the path of least resistance. 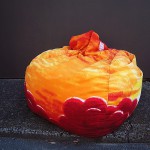 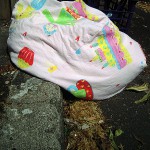 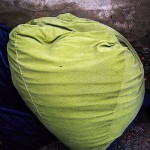 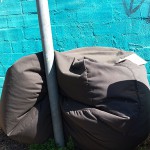 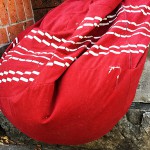 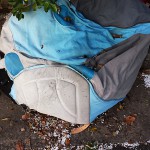 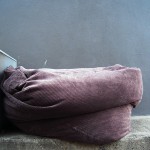 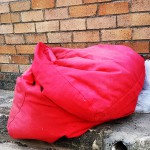 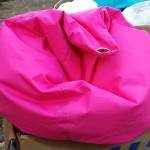