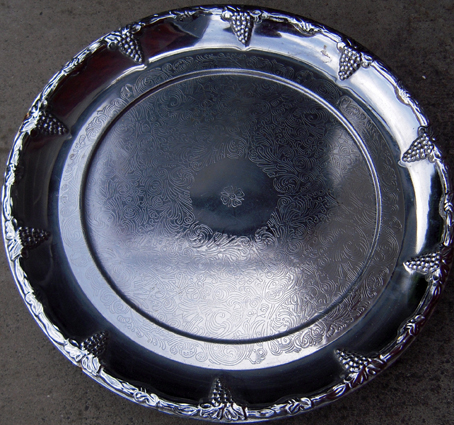 I know, I know. It’s not silver and it’s not really a platter. More like a tray. So, to begin again: when tin trays die. Doesn’t have quite the same ring to it, does it? And you know what? I didn’t check to see what it was made from, no biting nor looking for marks. I just assumed it wasn’t silver because, hey, who leaves a silver tray out in the laneway to die?

Despite the fact that I don’t believe it was silver but don’t know for sure that it wasn’t, I’m sticking with the silver angle if only because, whimsically, I like to think there is somebody out there who rescued this item and who is currently handing somebody something on a silver platter. Either that or they’re giving it to them on a tin tray (see, it doesn’t resonate, there is no poetry).

Isn’t this rather how ideology works? We subscribe to the Big Idea – that we live in a democracy with equal rights and freedoms, for instance – without investigating too closely whether or not this Idea is true in reality (only ratbags do that – why don’t they go and form their own country/religion/club instead of spoiling it for the rest of us?) because we know, deep down, that it is fatally flawed, although if we did examine it more closely, more carefully, we might just discover that the Idea does indeed have real value after all and is most certainly worth picking up and keeping.

Either that or we should simply leave it lying in a laneway once and for all. 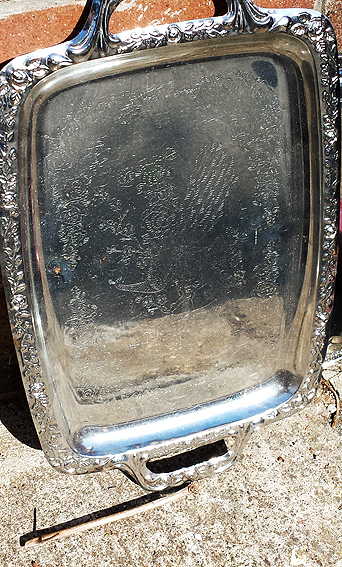